skip to main | skip to sidebar

"WHERE KNOWLEDGE IS WEALTH"

Success Guide: An Inspirational Guide to Excel as a Leader and CEO 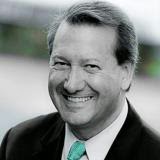 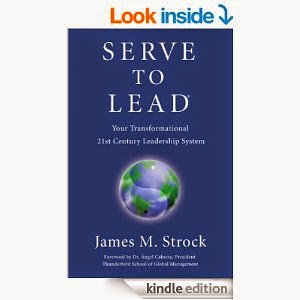 I have had the privilege of reading this award-winning book authored by James Strock. Among the inspiring ideas and insights from ‘Serve to Lead’:
It is one of the finest books I have read on leadership in my lifetime. It will change the way you think about leadership, life, success and service.  The book outlines 21st century leadership and servant leadership. It begins with the importance of books and lifelong learning. This book contains lots of examples and illustrations. It is written in a conversational tone. It inspires you to keep people before the profit. Each word in the book is a pearl. It is truly inspiring and worth investing your time. You can gift this book to your friends.

“There are only two leaders in the world who are competent to author a book on servant leadership―Robert Greenleaf and James Strock. James Strock is born to serve the world. The world is lucky to have a servant leader like him.” ― Professor M.S.Rao

Posted by Professor M S Rao at 5:22 AM No comments:

Posted by Professor M S Rao at 1:01 PM No comments:

Posted by Professor M S Rao at 9:34 PM No comments:

Around 2000 years ago, India was the leader in the world. Long ago, we had the greatest civilization on the earth.  We were one of the richest countries in the world. We had great leaders like Ashoka who ruled not only India but some parts of Asia. Where do we stand now?  We are at the crossroads of Indian history.

67 years ago, we got independence from the British.  When we look back what did we achieve?  Let us ask ourselves honestly. It is time to take stock of the situation. It is unfortunate that India still lives in poverty and malnutrition.  We find atrocities on women are rising alarmingly. We have several challenges currently. The major one is corruption which has become a cancer to our Indian society. It is very sad to note that corruption entered into all areas of the Indian system. The day corruption enters into educational institutions and the armed forces, the country will collapse like a house of cards. Therefore, we must strive for a society which is free from corruption. That is the need of the hour!

India has 29 states and 7 union territories. India is a country of contrasts in many aspects. India has 22 official languages and Indians speak over 1600 dialects. India is a land of unity in diversity. We are identified through different cultures and communities but connected by a single common thread – Indianness. India is indeed incredible!

India is a great country where a minority Sikh became the Prime Minister of this great country; minority Muslims became the presidents of this great country; a Dalit leader like Dr. Ambedkar could rise and wrote the Indian constitution that protects the rights of all  Indian citizens.  Indian land provides ample of equal opportunities to all citizens irrespective of their region, religion, language, caste, creed and community. We are the large hearted people in the world. Eulogizing India, Roman Scholar, Romain Rolland once remarked, “If there is one place on the face of earth where all the dreams of living men have found a home from the very earliest days when man began the dream of existence, it is India.”

We Indians are known for hospitality. We welcome all communities and cultures with open arms. We have a great heart to accept and accommodate anybody and everybody on the earth. That is the greatness of India! Our Indian soil is rich with diversified cultures and is highly sacred with religious tolerance and secularism. You must be proud that you are born on this great Indian soil.

India is not an emerging country. It has already emerged as a great country in the world. India is the origin of ‘zero’ and India is the origin of the Information Age. Albert Einstein once remarked, “We owe a lot to the Indians, who taught us how to count, without which no worthwhile scientific discovery could have been made.”

Indian civilization is one of the oldest surviving civilizations in the world. Mark Twain rightly remarked, “India is, the cradle of the human race, the birthplace of human speech, the mother of history, the grandmother of legend, and the great grandmother of tradition. Our most valuable and most instructive materials in the history of man are treasured up in India only.”

We have the largest speaking English population in the world. We are the largest surviving democracy in the world. We have championed the self-determination of people from Asia to Africa.  We are the global leader to support democratic movements across the world.  We are the number one in many areas. We are the trendsetters, not trend followers. That is the greatness of India! We are the leading contributor to the United Nations peacekeeping missions. We are preparing to take our seat on the United Nations Security Council very soon. It is time to capitalize what we have, and move on aggressively to make a mark globally.

We had great leaders like Netaji Subhash Chandra Bose, Mahatma Gandhi, and Bhagat Singh.  Netaji Subhash Chandra Bose was a great patriot, a visionary leader, and an orator, who founded the Indian National Army. India produced world class leaders like Mahatma Gandhi. There are five followers of Mahatma Gandhi who bagged Nobel Prizes – Martin Luther King Jr, Nelson Mandela, Aung San Sui Ki, Dalai Lama and Barrack Obama.  There are a huge number of followers for Mahatma Gandhi across the world.  Our ideas and ideals are followed by great countries and great people across the world.  That shows our strength!  And we must make sure that Mahatma Gandhi’s ideals and ideas are emulated by everyone within India to make our country stronger and greater in the world.

The global equations are changing rapidly.  Now it is our time.  A BRIC Report says that India has an important role to play in the years to come – BRIC is the acronym for Brazil, Russia, India and China. India has several strategic competitive advantages over these three countries and especially over China as India’s population is young and the Chinese population is old. However, let us not rest on our laurels.  It is time for us to be industrious to take India forward economically.

I have a lifetime vision to build one million students as global leaders. It is a nonprofit initiative. I am already training students to be global citizens and leaders. They will become the biggest human resources to build global peace and prosperity. I am confident that they will build a better world.

We had seen enough failures, separations and humiliations at the hands of foreigners.  Enough is enough!  Let us look back, learn lessons and move forward with confidence and optimism. It is time for India to establish internationally.

We will protect our independence by all means. Shed regionalism, linguism and fundamentalism.  Let us inculcate Indianness to promote national mindset. We are Indians first and Indians last.  No power under the sun on the earth can separate us. We are one.  We will live together and we will die together. We will protect our independence by all means. We will put our motherland on the top of the world.  It is our time to raise our voice to stand out as the number one country in the world.

The sky is the limit for you! You have abundant opportunities currently. You have great potential and powers to take on this world. Bharat Mata is calling you. Develop a positive, right and strong attitude. Shoulder your responsibilities. Lead India and lead the world.  Remember, mother and motherland are greater than heaven!